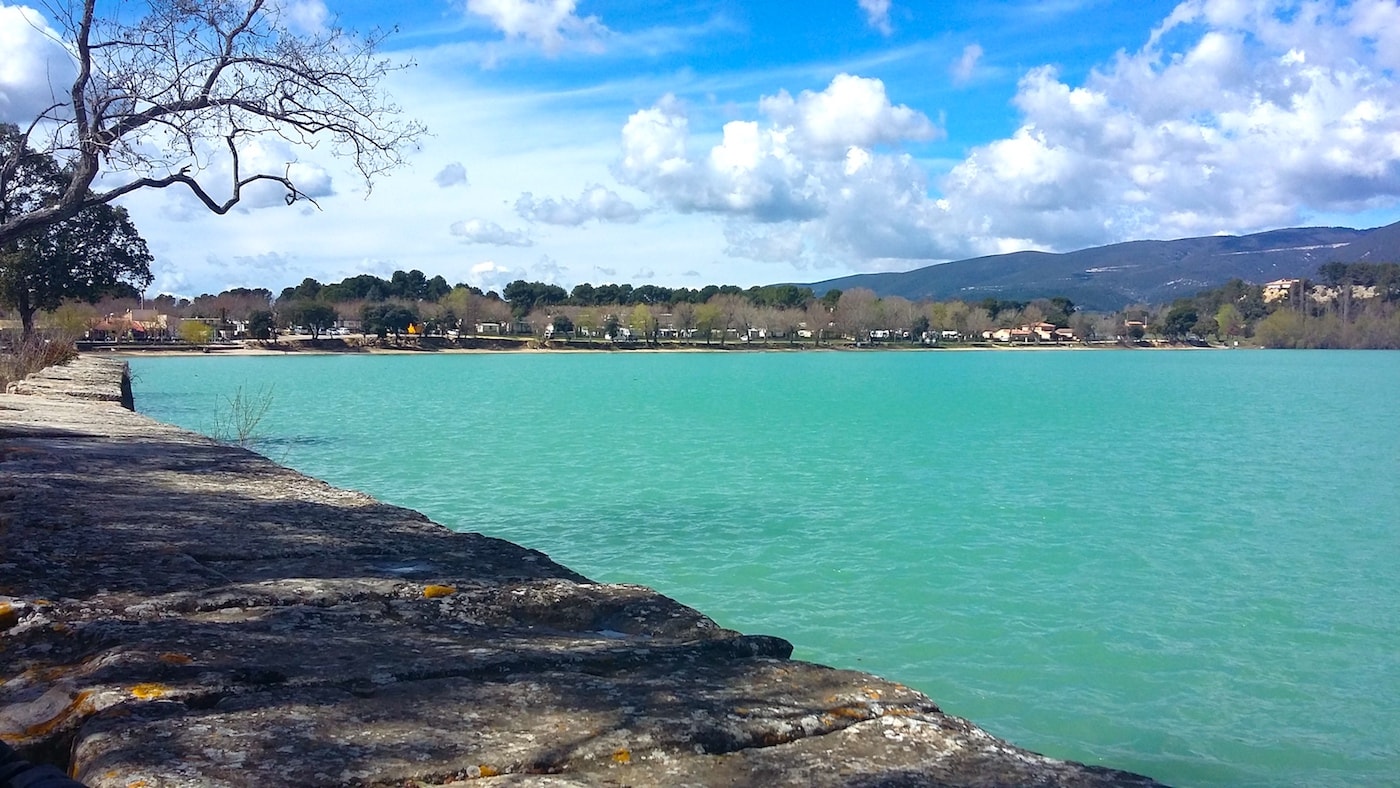 Villages of the Luberon to visit

5 kilometers from Pertuis, the campsite “Les chênes verts” is the ideal starting point for exploring the Provencal villages between the Pays d’Aix and the Luberon. This territory, which has kept its authenticity, stretches along the Durance, the common thread that links the villages.

Puy-Sainte-Reparade, located on the banks of the Durance, is only a few kilometers from Aix en Provence. Several hamlets make up the town (St Canadet, La Cride, Les Goirands). The village is dominated by a hill, the old keel oppidum (la quilho in Provençal).

Today, the Quilho designates a medieval tower which, after having suffered the earthquake of 1909 and then lightning in 1980, was rebuilt in 1994. This site has become a privileged place for strolling with a breathtaking view of the Durance and its valley. There are also two chateaux in the town: Fonscolombe, which has become a 5-star hotel, and the Domaine d’Arnajon, a 17th century country house with its own park. It is private property but can be visited after booking at the tourist office.
Tourist office – Tel: +33 4 42 50 06 97

The village of Meyrargues is surrounded by hills to the west and the Concors massif to the southeast. Its medieval castle stands out, perched on the hill and at its feet, the village. Its houses are squeezed in narrow alleys which follow the curves of the hill, renamed the names of Provençal artists, they have lost their original patronym, such as rue Haute. Thanks to an interpretation trail, you can discover the heritage of Meyrargues from the center of the village: the “Mother of God” chapel, the Saint-Sébastien chapel and the Saint-André church among others.

On the wooded massif all around the village we find the last vestiges of the Roman aqueduct which supplied the city of Aix with water from the sources of the Traçonnade in Jouques. A picturesque path (Chemin du Pas de l’Etroit) provides access to the forest massif and a climbing site.
Tourism reception: +33 4 42 67 40 98 or Town hall reception: +33 4 42 57 50 09

Between the Luberon massif and the Sainte-Victoire mountain, the small town of Peyrolles in Provence benefits from the lake of the same name and the Durance, source of water allowing many leisure activities. In addition, its forest is the richest in the department for its flora and fauna. Its unique heritage is cheated by three remarkable religious buildings: The chapel of the Holy Sepulcher (12th century), Oratoire Notre Dame and the chapel ND d’Astors. Former residence of King René, his castle constitutes the most important monumental complex in Provence. Finally, the Cave of Palm trees contains exceptional fossilizations of palm trunks, 6.5 million years old.
Peyrolles en Provence Tourist Office +33 4 42 57 89 82

La Roque d’Anthéron, a multifaceted village with a rich history. First of all, the Vaud district, territory of Valdéisme. It is a church born in Piedmont, founded around 1170 by Pierre Valdo, a rich man who decides to follow in the footsteps of Jesus. After distributing his goods, he leaves on the roads to evangelize the regions. Valdéisme badly tolerated by the Catholic clergy declares the Vaudois heretics in 1215, at the Fourth Lateran Council. After being exiled from Piedmont, the Vaudois colonize the lands of Provence and in particular Le Luberon, which has become a province of France. Over time, Vaudois was assimilated by the Protestant religion. A visit to the Vaud district recalls this history.

The castle of Florans, dates from 1598. Its architecture is characteristic of the Provençal Renaissance with richly ornamented interiors. Unfortunately, transformed into a clinic, it cannot be visited. On the other hand, its immense park, decorated with hundred-year-old trees, is open to your curiosity. This is where the prestigious event takes place every year: the international piano festival.

La Roque d’Antheron is home to Silvacane Abbey, a gem of Cistercian art (12th century) and the Romanesque chapel of Sainte Anne de Goiron (11th century). But that’s not all. The village also offers other treasures to discover: The new “Géosciences-Provence” museum offering visitors diving into the geological world dating back 300 million years and the Kuna area (Native American civilization). The French conservatory of the Lipizzaner horse, a famous horse from Slovenia, used by the Spanish school in Vienna.

Traditional Provencal village with its square bordered by plane trees where the fountain stands, Saint-Estève de Janson, this small town exudes tranquility. The 12th century medieval chapel has been restored and is worth a visit.

2 km west of the village, you can see the ruins of the Château de Janson, which once occupied a strategic place in the Aix region. Saint-Estève de Janson is known to scientists for archaeological excavations in the Escale cave, revealing very many vestiges of human and animal occupation, among the oldest currently on our planet.

A Celtic festival is organized there in May.

Venelles, between the Saint-Victoire mountain and the Luberon, offers its visitors some nice surprises with renovated old buildings:

Some beautiful monuments such as the old Romanesque church of Venelles-le-haut, the remains of the feudal castle, the Chabaud vault or the picturesque alleys of the old village.
Tourist Office: +33 4 42 12 32 23

Jouques is a town of rural tradition located at the crossroads of the Var, Vaucluse and the Alpes de Haute Provence. Perched like many Provencal cities, you have to climb to admire the exceptional view of the Concors and Ubacs mountains. Through the narrow streets, you arrive at Notre Dame de La Roque, a chapel dating from the 11th century. Do not hesitate to cross the doors of the local museum where the original exhibition of votive offerings, the oldest of which dates from 1676 awaits you. Nearby, continue on your way to visit the museum of small medieval silos. During the week, the Saint-Vincent olive oil mill opens its doors to you. It is also the only lavandin distillery (active in August). If you cross the Durance, by the D 11 road, you arrive on the Bèdes plateau. This place erected in memory of the resistance fighters shot on June 11, 1944 is decorated with boxwood with poetic pruned shapes and bordered by fields of almond, olive, and vineyards.